Sunday’s fundraiser was a knockout success. When I decided to put this event together, I calculated that we would likely have about 100 attendees. If each gave the requested minimum of $50 we would raise $5000. You all blew that figure out of the water. As of this morning (April 14th) the donations collected for Second Harvest Japan through our efforts stand at $15,442.

Since Persimmons and Chestnuts is primarily a food blog I wanted to give you a little “behind the scenes” peak and talk about the wonderful volunteers that made it all possible. The chefs and cooks who helped with the food for the event were absolute ROCK STARS!! Makoto, sous chef at CityZen, came up with a delicious menu and corralled a talented group to pull it off.

Yama, line cook from CityZen, was appointed head-chef of the basement kitchen for the day and worked with Jenne, Maurie & Noritaka to keep the chorizo en croutes, gougeres, pork sandwiches and beet and goat cheese crostinis coming. Katy, pastry cook from CityZen, created a gorgeous one of a kind three-tiered cake, complete with a crane and cascading blossoms. Always the super star, Katy also made Parker House rolls for the pork sandwiches and whipped up biscuits when we realized we wouldn’t have enough rolls to feed the crowd.

My former NHK co-worker and friend Mio sweetly, but naively, offered to help with the prep. She was given the arduous task of pushing three pounds of goat cheese through a sieve normally reserved for straining tea. I only wish I had a picture of her hunched over in the kitchen counter. Her cramped right hand clasping the metal handle while her left hand used a teaspoon to force the cheese through the tiny openings.  Her pain was worth it though, as anyone who tasted the smooth mousse on the crostinis could attest.

Makoto and Kenta, sushi chef at Café Japone, entertained and delighted the guests with platter after platter of fresh sushi: spicy tuna rolls, yellowtail and tuna sushi, hand rolls filled with Japanese omelets, tuna and avocado and many other surprises.

One delectable treat was reserved just for the cooks…  A regular mortal tasked with cooking for a 110 guests would never have time to make nine people a meal before the festivities but Makoto is a skilled professional. He brought with him a batch of his homemade tonkotsu broth and delighted all of us by making ramen loaded with sliced abalone, scallions, seaweed and what might have been the most perfectly cooked egg to ever float in a bowl of noodles

Sunday’s fundraiser is perhaps the first event ever where many guests ignored the rule of arriving “fashionably late”, causing basement-chef Yama to utter that kitchen term I had actually begun to miss, “PUSH!”

The cooks downstairs kept the food coming and only managed to set off the fire alarm once. But honestly, it really isn’t a party until the hunky fire marshals show up.

At the end of the day, Sunday’s fundraiser was a huge success thanks to all the wonderful friends who gave so generously—including the many gracious donors who couldn’t be there in person but still contributed. I was so touched by everyone’s compassion for those suffering in Japan. This is an issue that means so much to me and I was grateful for the outpouring of support.

Let me repeat what the Japanese Ambassador, Ichiro Fujisaki said in his letter to the attendees on Sunday, “The assistance we are receiving from the United States is especially impressive—your rescue teams, your forces, your experts, your government officials have been working day and night with us. Such a massive extending of support, goodwill and solidarity is so encouraging. Your gathering is an excellent example of such efforts on our behalf. I am truly moved. Thank you very much for doing this. People in Japan will never forget your kindness.”

Yesterday I received an email from Charles McJilton, the CEO of Second Harvest Japan expressing his gratitude to all of you. He noted that due to the outpouring of support that they have received, Second Harvest is, “now in the process of developing a comprehensive 1-2 year plan that will increase the level of food security in the [Tohoku] region”. As I mentioned in my speech at the fundraiser, this issue is not one that will go away in a couple of weeks. The thousands of people who have lost their homes and loved ones will need our sustained support during the hard months ahead. Your donations are helping to make that possible. So from the bottom of my heart—THANK YOU!

Guests listening to the reading of Ambassador Fujisaki’s letter 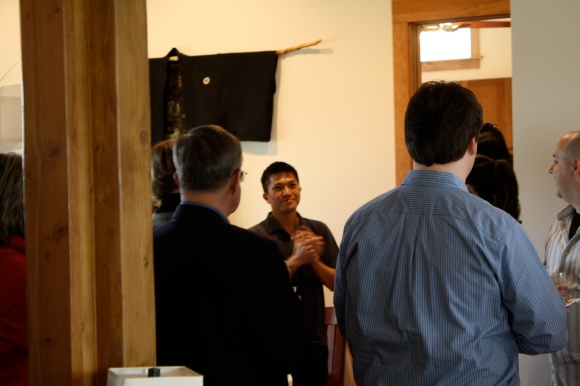 A round of applause for the talented Makoto-san 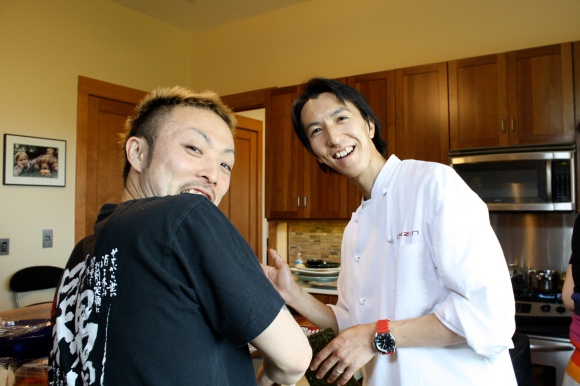 Kenta and Yama making sushi in the main kitchen 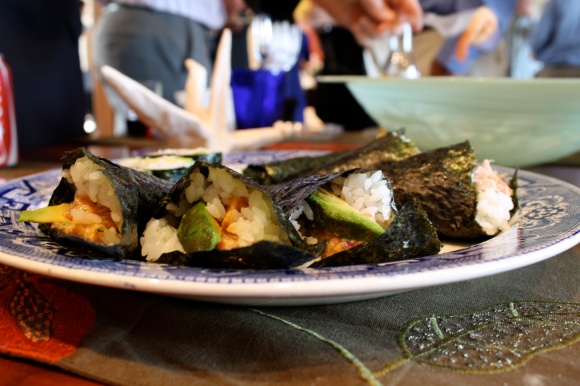 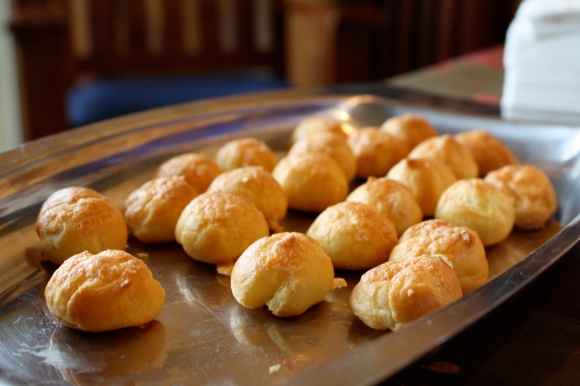 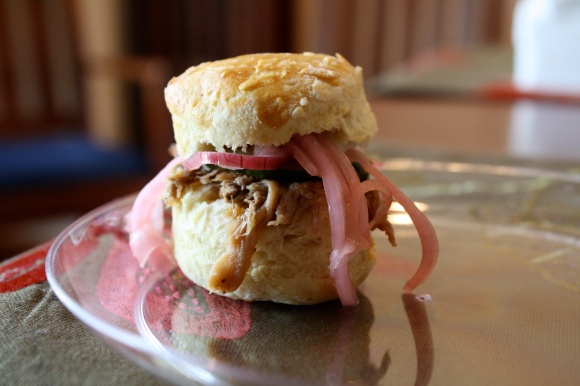 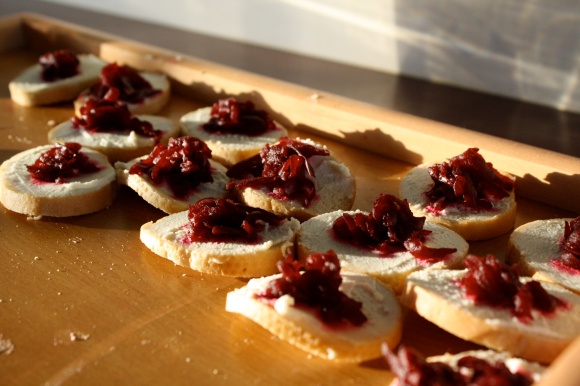 Soused shrimp with pineapple and red pepper relish (not shown) 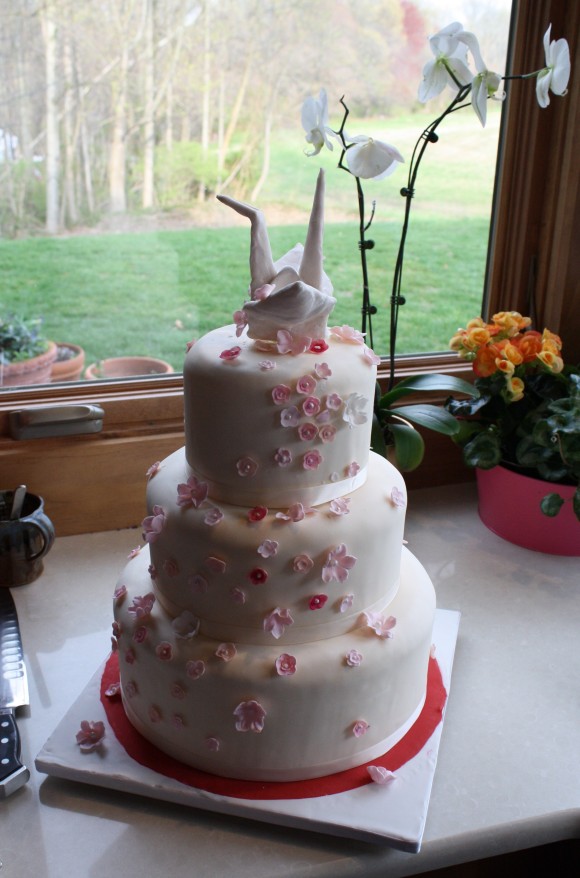 What you missed… yes, it really was as good as it looks